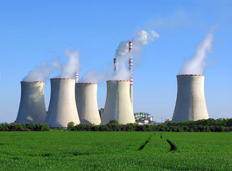 President, Authorized Representative and Company Founder : Univ. Prof. Dr.-Ing. Dieter Bohn
Professor Dr. Dieter Bohn has worked in the development of supersonic compressors at Aachen University, completed his Ph.D. in 1977 and joined KWU Siemens Muelheim. From 1978 until 1987 he has been the Head of the compressor group, and from 1987 to 1990 he has been Head of the Gas Turbine Department, Mechanics and Aerodynamics at SIEMENS. Since 1990 to 2010 he has been Full-professor and Director of the Institute of Steam and Gas Turbines, Aachen University.

In 1999 he left the Institute and continued his work on turbine cooling at B&B-AGEMA. In 2001, Dr. Kusterer became manager of the aerothermodynamic group. Since January 2003, he is managing director of B&B-AGEMA. He is a senior expert for gas turbine technology and design.

Senior Consultant : Dr.-Ing. Bernard Becker
Dr. Bernard Becker has completed his Ph.D. about supersonic compressors at the Institute for Jet Propulsion and Compressors, Aachen University in 1972. In the same year he joined Kraftwerk Union (KWU, later SIEMENS Power Generation) as the Head of the Analytic Design Department. In 1977 he became manager of the Subdivision Gas Turbine Design. Since 1992 he has been Division Director of all SIEMENS gas turbine development and retired in 2004.

After retirement, he continued his work in the power station technology as Senior Consultant and Senior Expert for B&B-AGEMA.

Dr. Takao Sugimoto joined Kawasaki Heavy Industries after he graduated Tohoku University Mechanical Engineering in 1970. He has been in charge of industrial gas turbine developments as the chief engineer.

In 2003 he became General Manager of Gas Turbine R&D Center. Since 2005 he has been Chief Technical Officer of Gas Turbine & Machinery Company and retired in 2009.. He has completed his Ph.D. about high efficiency technologies for gas turbines in 2008 at Osaka University. He is also visiting professor of University of Hyogo since 2010. He was the engineering manager in the development organization of Super Marine Gas Turbine as national project of Japan and he also was the Chief Researcher of National Ceramic Hybrid Gas Turbine Development.

He has joined B&B-AGEMA as Senior Advisor, the representative of East Asia Office in 2010.